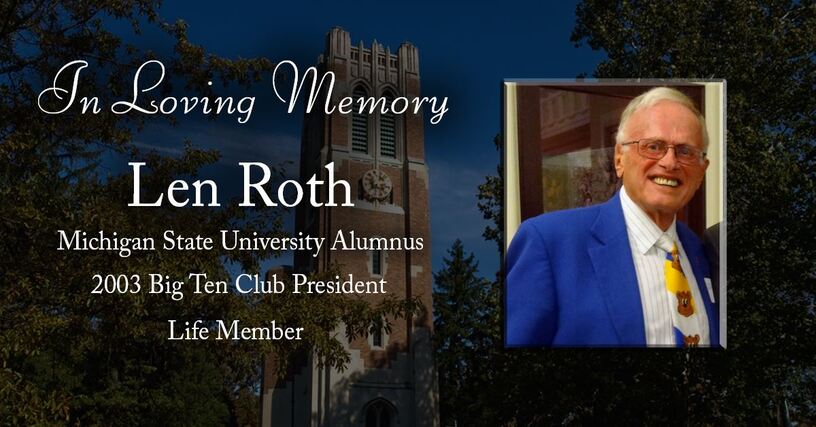 We honor our members lost and share our stories about them.

"Len was one of the first people I met when I came to my initial board meeting as the representative for Illinois. He was cheery, welcoming, and his passion for the club was contagious. He was involved in all of the events sharing with people and helping organize or participate.

One of the sweetest memories I have of Len was when he brought me the baseball hat from the 2001 Big Ten Man of the Year Dinner honoring Keith Jackson. He said, "This is part of the club history that I would like you to have." I still have that hat and is a beautiful memory of Len.

Len, you will truly be missed by all of us."